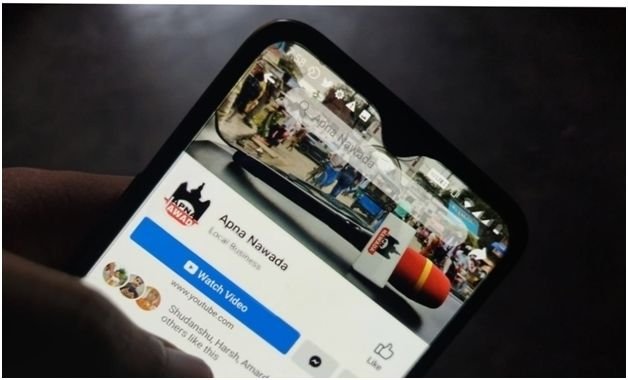 Nawada, Bihar [India]: In October 2020, a group of people called a number available publicly on a Facebook page and complained about the bad state of roads in their lane along with persistent waterlogging for months. A member from the team visits the next day and takes up the matter ahead. The people from that page run a campaign which leads to the local candidate for assembly polls promising the road and within six months to it the problem has been solved. What occurs as a standalone story has become a regular thing for a group of youngsters from a citizen-led initiative named Apna Nawada.

Founded as a Facebook page a few years back by Suman Shekhar, who graduated from Delhi University last year is today a popular name for youth in the district, and a platform for the citizens to raise their voice. The team of Apna Nawada writes letters frequently, gives applications, and also submits memorandums demanding solutions to problems the district administration has turned a blind eye towards.

In a recent example, young sports enthusiasts reached out to Apna Nawada regarding the bad state of practice grounds in the district. Aditya, an athlete who also prepares for a physical exam for Army recruitment said “The situation on the ground was very bad. No one was listening to us. We talked to a lot of people, but no avail. Then, disappointed but also with a lot of hope, we contacted Apna Nawada. They have been continuously raising the issue and comparatively the situation has also improved.”

The initiatives of Apna Nawada haven’t just been limited to the infrastructure woes and facilitation of complaints, but in recent months, they have been also helping people adapt to the post covid world. The timely and important distribution of masks and sanitizers has been one of their works in this step. While they also plan to organize skill camps to empower the youth to become skilled in times of widespread unemployment. Sanket Kumar, a law student and a core member of Apna Nawada said, “We are planning several camps related to different skills that can empower the youth. For working towards a better future, it is necessary that youth is trained, skilled, and empowered.”

Recently, with the increasing covid test numbers across the country, the team of Apna Nawada has started planning again on war footing to help in awareness related to it. Masks and sanitizers are being distributed and thousands of people are being reached daily by the team. Along with this, they have also started the preparation of possibilities of skill training in the district so that unemployed youth can benefit from it.

All of it seems good, with great reception, until the problem of survival comes. Suman Shekhar, the 21-year-old founder of the Apna Nawada initiative says” Though we are doing good work in the quest to improve the condition of our district, it doesn’t feed us. We have to do multiple other gigs to support ourselves and also to fund the initiative. I am a graduate in Journalism from the University of Delhi, but when my classmates were dreaming of going to Columbia, I was striving hard to come back and work for people here. This work makes me content, after all, we are a total sum of the society we come from.”

Pratyush Anand, a teacher from Nawada said “We had no idea about how much we have in our district. From this initiative, we get to know more about our district, the history, the heritage and also raise important issues and points about our district.” This is what the initiative has been about, a fresh wind of change but to take marks.

Nishant Nalin, a Design Student whose Holi colors are yet to go away from his body says that Apna Nawada is emerging as the voice of millions of people in the district, it is working to enhance the culture and tourism as well”.