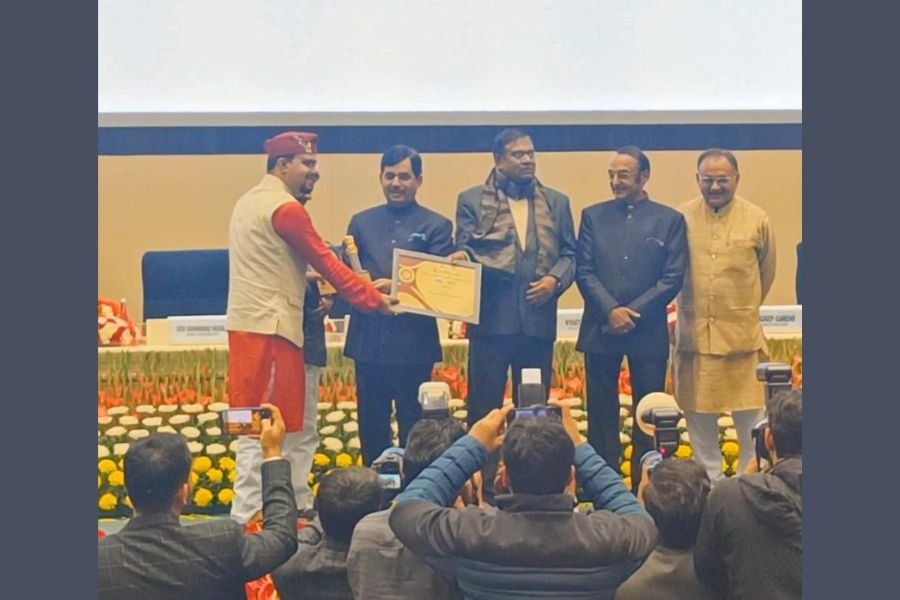 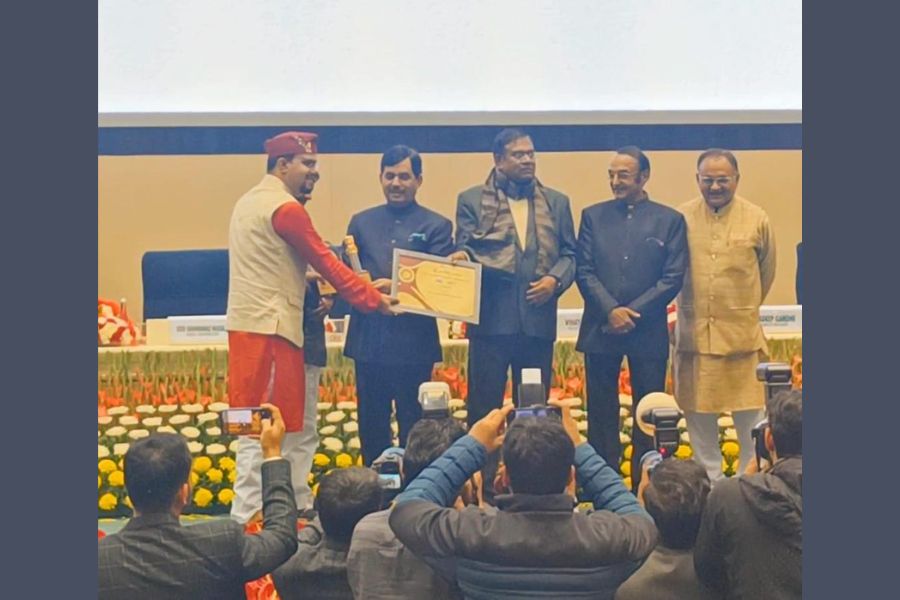 The award category was Most Iconic Educationist of the year. In his speech, Vaibhav Pande spoke about the need for skill development of the youth. He also laid emphasis on the need for awakening the youth for mission 2047(making India a developed nation).

His Partners Anshul Vashisht and Mayank Garg congratulated him on his success.

In an illustrious ceremony at Vigyan Bhawan, Delhi, Vaibhav received the trophy amidst a gathering of top politicians, Entrepreneurs and Artists.

Vaibhav Pande shares, “It is a wonderful feeling to get your name in an award associated with Shri Atal Bihari Vajpayee Ji. His vision and his poetry are my biggest sources of Inspiration. I hope I can do justice to this award with my future initiatives.”

It is also noteworthy that Vaibhav Pande made a world record this year by conducting an awareness drive for about 65 Government policies of the Government of India. Speaking on occasion, Vaibhav Pande said, “People remember the lines of Shakespeare where he said that the whole world is a stage and we are merely players, but I do not believe in these lines. I think the youth should believe that they are not merely players but directors of their destiny and make the future of this great country bright.

In the ceremony, many Entrepreneurs and Achievers lauded Vaibhav for his initiatives for the youth.

If you have any objection to this press release content, kindly contact pr.error.rectification[at]gmail.com to notify us. We will respond and rectify the situation in the next 24 hours