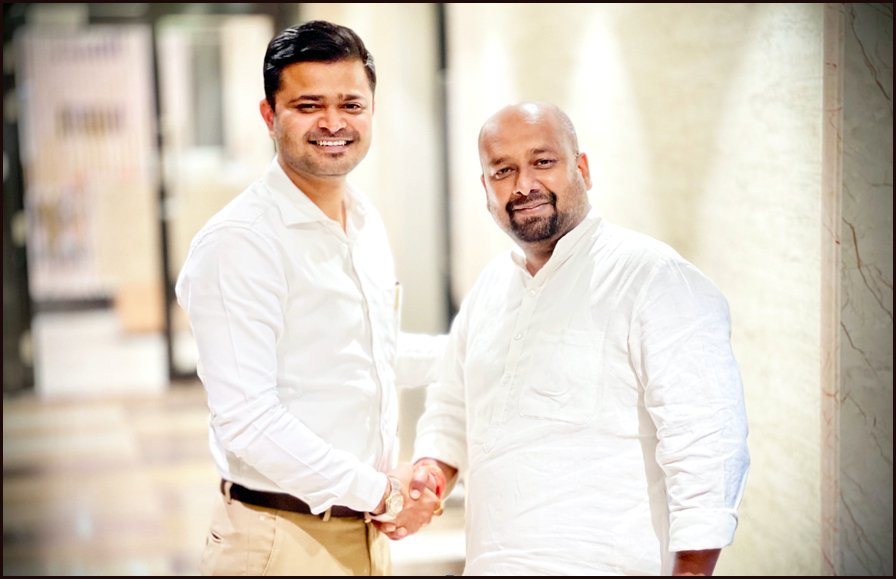 (Political Strategists starting from Prashant Kishore are the flavour of the day with eminent political parties taking them on board for aregional elections. Subodh Bajpai comes from an entrepreneurial background)

Kochi, Kerala [India] : Kerala’s prominent socio political formation SDF (State Democratic Front) is going all out for the Kerala elections which is going to happen on April 06, 2021. SDF has created ripples across various constituencies of ‘God’s Own Country’ through their civil society activism and social interventions.

In the upcoming 2021 Assembly elections the 4th Front led by SDF leader Girish Pillai has joined forces with eminent political strategist Subodh Bajpai. Subodh is officially joining as ‘political advisor’ of Girish Pillai and will extensively focus on politics of Kerala leaving his entrepreneurial avenues for a while. Subodh has already started ‘Girish for Growth’ and ‘SDF to #ChangeKerala’ as the new slogans.

“Subodh Bajpai has joined me as my principal advisor, looking forward to working together for the development and betterment of the people of Kerala.” Girish Pillai said.

Girish Pillai had fought major cases against unfair acquisition of land of poor people and has been awarded ‘Kerala Youth Icon Leader’ by Nava Kerala Media for his legal and social interventions.

Election strategist Subodh Bajpai, who is working with SDF and its leader Girish Pillai for the upcoming assembly elections in the Kerala state describes the upcoming polls as a key battle for growth and prosperity in Kerala. Bajpai echoed Pillai in saying that “GIRISH FOR GROWTH” is the new political slogan for the fourth front in 2021 assembly elections of Kerala.

The Journey of synergy

Political circles are looking with eagerness regarding this tie up and to see whether SDF is going to emerge ‘kingmaker’ in Kerala. Kerala politics is very complex, nuanced and layered. Even national parties have struggled to get a good foothold in the state.

SDF through their charity activities, socio cultural assignments have built a brand for their organisation in the past year. They have hit headlines for bringing innovative solutions to problems of youth, various communities of the state. Subodh Bajpai will be spearheading the activities of Girish Pillai and SDF in their next endeavour.