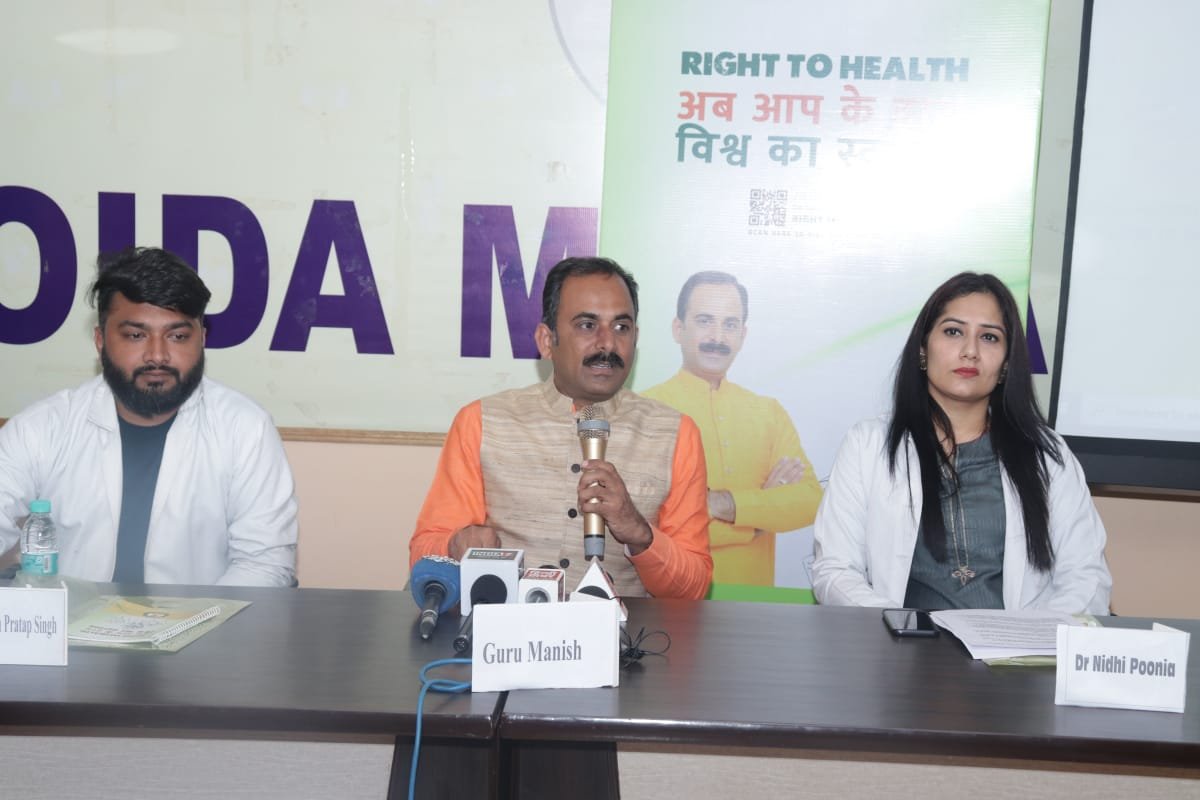 Guru Manish  said, “According to Article 21 of the Constitution, everyone has the right to life, and this right cannot be attained sans ‘Right To Health’. Similarly, WHO’s definition of health says, health is a state of complete physical, mental & social wellbeing and not merely the absence of disease. According to these, the ‘Right to Health’ is every individual’s birthright. We want to make people aware through the online petition that ‘Right To Health’ is only possible via Ayurveda, as according to Ayurveda’s ‘Charak Sanhita’, the motive of Ayurveda is to keep a healthy body disease-free & remove disease from its roots in a diseased body.”

Guru Manish added, “The ‘Right To Health’ online petition aims to achieve a ‘Healthful India’, by spreading awareness about the concept. This, in turn, will empower Indians, and they can collectively ask the Government of India to  promote Ayurveda in the right earnest.”

According to the National Survey Organization, 90% of the population still favours allopathic medicine, and it is high time that India shift’s focus to Ayurveda. In keeping with the ‘Vocal for Local’ theme of GOI, Ayurveda should be propagated and not allopathy which is a foreign protocol being promoted by the west. Pharmaceutical conglomerates are making huge profits at the cost of Indians’ health, as these medicines have many side effects and do not have any treatment which removes the ailment from its roots.

The idea behind starting the ‘Right To Health’ campaign and launching the online petition was also to impress upon the government to give Ayurveda its rightful place. Guru Manish Ji opined, “Although WHO’s decision to set up a traditional medicine centre in India and GOI’s decision to allow certain surgeries by ayurvedic practitioners are good moves, a lot needs to be done to change; the step-motherly attitude of authorities towards Ayurveda.”

Guru Manish  explains, “Even today, an ayurvedic doctor cannot sign a simple medical certificate, and there are no insurance systems for ayurvedic in-patient (admitted) treatment, even under Ayushman Bharat Rs. 5 lakh cover for the family is available at only allopathy based hospitals. Ayurveda treatment should also be brought under the ambit of insurance schemes. What’s more, under the garb of archaic laws like the 1897 Epidemic Act and the 1954 Magic Remedy Act, Ayurveda practitioners can’t talk about path-breaking treatments for different ailments, and these need to be repealed or amended.”