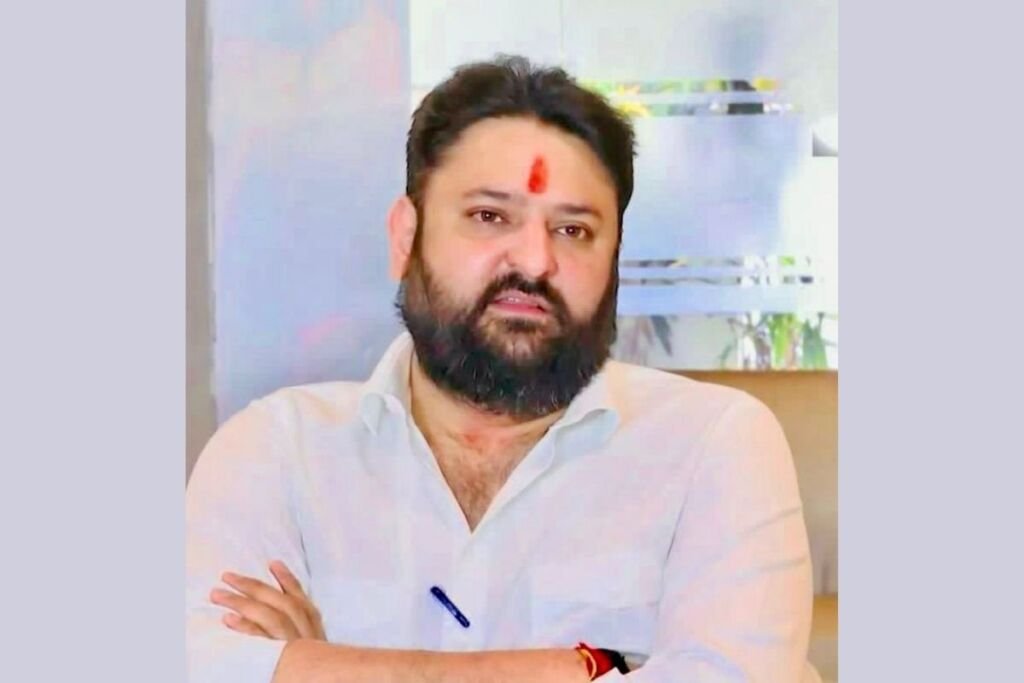 January 20:Truth is a powerful thing, and it takes courage to stand by the truth in a world full of lies. Not just that, standing up for what you believe in is also easier said than done, many people cave under pressure put on them by society to believe what the masses believe in. Everyone wants to be accepted by society, and that’s why most people follow the path that everyone else is following rather than being true to themselves and their beliefs.

I witnessed a lot of opposition to the idea of me changing my name from Mohit Kamboj to Mohit Kamboj Bharatiya. But I knew what I wanted to do, and I stuck by my beliefs because deep down I found my truth a truth that changed my life forever. I discovered my inner urge to help my fellow countrymen, unite them, lead them, and guide them towards a better future. Hence, I was sure about my decision to change my name to Mohit Kamboj Bharatiya.

I believe that we have to step out to step up because the world is filled with lies, and it’s easier to stand by and live a life full of lies, surrounded by liars, but what good is that life if it isn’t true?

Standing by the truth does not only build your own self-respect, but it also helps you gain respect from others, even if they don’t see things the way you do. It makes you feel strong because you’re following through with the values that define the true you. Trust me, it’s a lot more convenient to go against the truth and your beliefs. But having the guts to stand up for yourself shows the type of person you really are, and that courage is admirable because it shows that you’re a strong & independent human who’s not a pushover.

At first, it may seem tough to speak the truth, stand by it, stand by your beliefs, and it is tough, but that shouldn’t stop you. There’ll be a lot of moments when you’ll be hesitant, you’ll have doubts about everything you do. But the more you do it, the easier it gets for you to step out of your comfort zone and accept the harsh truth of the world we live in.

The one thing that I’ve learned about our society is that some people can’t stand the fact that you can challenge the status quo by following your own path. When you follow the status quo, you’re not in control of your life anymore, you can’t differentiate between the truth and the lies of the society, you’re letting that very society dictate your life. By standing by your truth and your beliefs, you are able to express who you are and where you want to be, the more you do it, the more you’ll discover about yourself as well as about society.

My advice to you would be to let go of the fear of what people might think about you block out the noise. It is tough, but it’s necessary. Remember that people will always judge and oppose something that goes against their beliefs, so why should you go against yours?

There are so many instances in life where you’ll face a decision, either to stand by the truth or take the easy way out. The decision you make in these situations will define you and your life. It can either be a life where you’ll be proud of everything you did or a life wherein you never truly lived. I want you to be positive about your thoughts, about your reality. I want you to voice your opinion, not to put someone down but to pull yourself up.

I know that it’s easy to stay in our cozy little shells doing things that we’re comfortable with, but trust me, we fail to realize that we have the power to change our lives and that of others, let’s use it in the best way possible. The truth can be scary sometimes, but you’re stronger than you think you are, and dealing with the truth is only going to make you stronger.

So go on, be fearless, we only get one life, live it on your own terms, live a life that’s truly yours, don’t fall for the lies that fill our society.