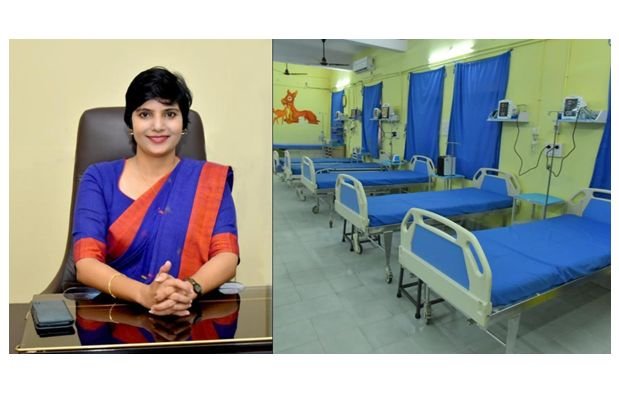 Hyderabad (Telangana) [India], August 9: Indian bureaucrats are often touted as people who are wary of innovations with little care about the community. However, some defy the trend, pioneer innovations for the society, and are in true terms — “for the people”.

Narayanpet DM, Hari Chandana Dasari, is one such name well-known for social initiatives, ranging from healthcare to education; rural employment to sanitization, and much more. More recently, DM Hari Chandana initiated the launch of a 10 Bed ICU, at District Hospital, Narayanpet, Telangana. The project was a first of its kind, launched in a private-public partnership, with the support of state government and a group of NGOs, to combat the pandemic.

It was inaugurated by IT Minister KTR virtually on June 6th, 2021. Dr. Hari Chandana Dasari is one of the members of the Project Management Unit which is working towards rolling out the 10 Bed ICU to not just other districts, but across the entire nation.

When the economy was reeling under the pandemic, this Narayanpet collector aimed at building a business opportunity and engaged around 4000+ women in mask-making endeavours. In just a year, the enterprise made a profit of Rs 50 lakh. The district of handloom weavers with no work and the dead stock became a unique challenge during the pandemic. But even in adversity, Hari Chandana’s initiative to launch handloom masks uplifted the entire district from poverty. She believes that development has to start from the grassroots level, and that is the reason almost all of her initiatives are geared towards uplifting the marginalized communities.

Hari Chandana is the only officer from Telangana to get shortlisted for an award under the ‘Innovation in Governance’ category; because of her initiatives that blended hard work with a creative touch since her days as a Zonal Commissioner. Right from maintaining cleanliness in villages and towns to spearheading the construction of 35000 Individual Sanitary Latrines (ISLs) in urban areas, she is considered a model bureaucrat by many.

While the list of her initiatives is never-ending, she has spearheaded the recycling and reuse of 35 Metric tonnes of plastic, around 38 “Feed the Need” fridges, 5 theme parks, and 4 composts. She has also facilitated 85 lakh plantations across the district, 326 plus community toilet complexes, 65,000+ individual toilets, 280 dump yards, and 200 segregation sheds in villages, while 47 villages constructed modern crematoriums at their cost.

Her visionary support and foresight led her to bag ‘The Social Impact Award’ by the British Council, where she was chosen by nearly 1,500 alumni who nominated her for the honour, acknowledging her exceptional contribution in facilitating transition with a social cause. DM Hari Chandana is also shortlisted for the prestigious Prime Minister’s Excellence in Public Administration 2020, along with 12 other public officials in the country.